Pelvic Weakness; a Real Problem for 1 in 3 Women 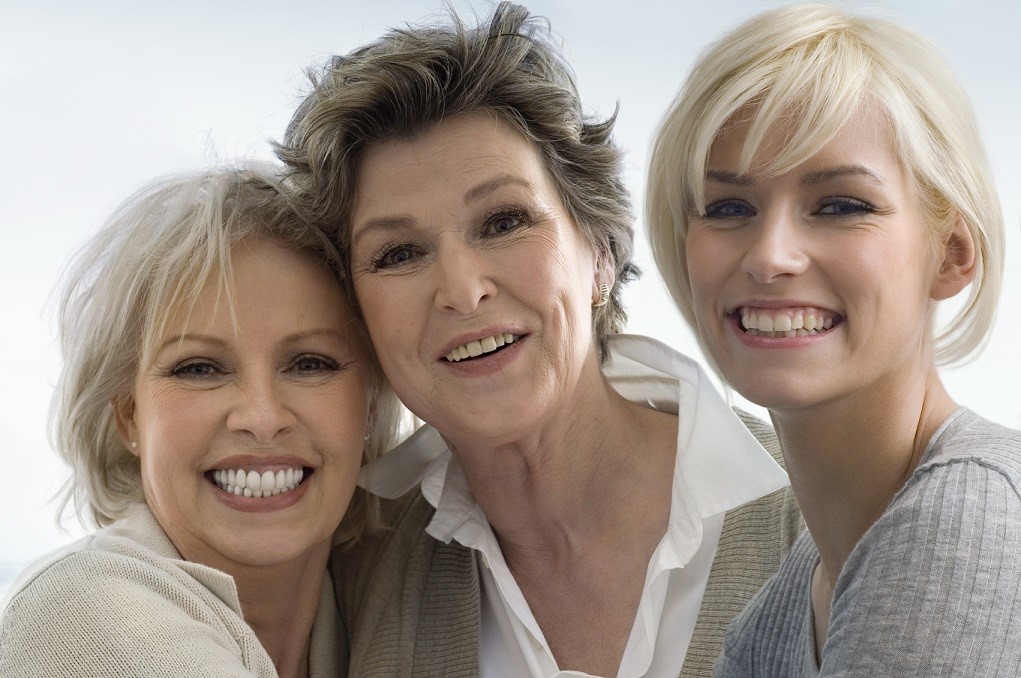 In fact, poor pelvic health is more common than hay fever, with around 7 million people suffering symptoms and associated issues.

It is often dismissed or ignored because women are too embarrassed to seek help or believe problems will go away… Unfortunately, if nothing is done, they’ll get worse.

A healthy, normal functioning pelvic floor and positive pelvic health is probably the most fundamental aspect of feeling feminine. When it’s strong and working properly, you tend not to notice it, so most women are unaware its existence or importance, meaning it can become weaker without you even knowing.

If the pelvic floor is damaged, stretched, stressed or weakened, it doesn’t work as efficiently as it should. Only when you suffer diminished pelvic muscle tone does it become a problem and your pelvic health comes into focus.

All women, regardless of age or pelvic health, should consider adopting an effective pelvic exercise routine as a matter of general wellbeing, and to postpone the natural deterioration that develops with age.

Cleo Discreet offers a genuine solution to the difficulties associated with poor pelvic health and pelvic insufficiency by re-training your muscles quickly and effectively, so you don’t have to just live with the problem…YOU SOLVE IT!

What is the pelvic floor muscle?

The pelvic floor muscle (Pubococcygeal) is a large group of muscles suspended across the pelvis like a hammock.

It supports your entire abdominal content; reproductive organs, bladder and bowels, and plays a major role in the correct functioning of them all. It also controls vaginal secretions as well as sustaining your feminine health.

Because your pelvic floor muscle plays such a critical role in managing your everyday bodily functions, it is vital to protect, preserve and maintain its health. Like every other muscle in the body, the pelvic floor muscle gets stronger when it’s exercised.

The recommended daily minimum of 350-450 kegel exercises means that the traditional manual ‘squeeze and release’ method is almost impossible to achieve, not to mention exhausting for most women.

The technique is also difficult to perfect, and in most cases is executed inaccurately or too infrequently to make a sufficient difference.

Some women are born with weak pelvic muscles, but pelvic floor muscle weakness is most commonly caused by having children. Hormonal changes in pregnancy make the fibres that hold your muscles in place more flaccid.

When you’re pregnant, natural weight gain, and the added weight of your baby put an extra load on your pelvic floor muscles, causing them to fatigue more easily.

The trauma of childbirth also has a significant impact, especially with large babies; prolonged pushing, forceps and ventouse (suction) deliveries can all cause muscle damage and it is quite usual for the pelvic floor muscle to be stretched, torn or cut.

Even if you have a cesarean delivery, having been pregnant for 9 months your pelvic floor muscle can still be weakened.

Recent studies have identified almost half of young women, without children are also at risk due to prolonged or excessive exercise, infection and obesity.

If giving birth doesn’t create an unmanageable problem, then oestrogen loss prior to and during menopause can also cause pelvic floor muscle weakness or exaggerate an underlying problem.

Usually between the ages of 35-54, women suffer a general decline in hormone levels that can cause changes to internal tissues. This leads to insufficient production of vaginal fluids, resulting in painful intercourse, increased risk of pelvic disorder and diminished libido.

The most unavoidable cause of pelvic floor muscle weakness is natural atrophy (muscle deterioration) which occurs as a result of ageing.

Pelvic weakness can manifest itself in several ways, any and all of which contribute to a pretty miserable time for any woman suffering the symptoms.

Soon after starting to use the Cleo Discreet pelvic floor exerciser, you’ll soon begin to feel the benefits of your regular pelvic workout, and take back control.

Cleo Discreet pelvic floor exerciser works 90% of your muscle, so it makes sense that it's the most successful at bringing lasting results.

Results of a recent independent consumer survey of around 400 women, aged 25-75, who had previously tried manual kegel exercise and / or other pelvic toning devices without achieving success told us that…

Of course, many women achieved beyond their expectations; smaller percentages saw results within days and in other aspects of managing their pelvic health. Every woman has a different reason for needing pelvic stimulation and Cleo Discreet can help provide a solution to them all. 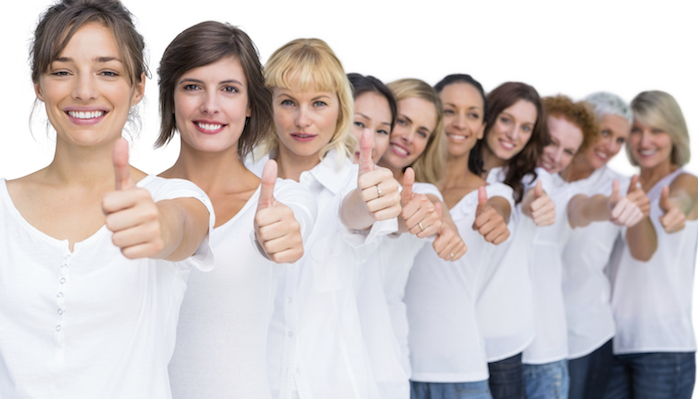 Using Cleo Discreet pelvic floor exerciser is the best way to make sure that pelvic floor (kegel) exercises are done correctly and effectively.

Using Cleo Discreet pelvic floor exerciser is so convenient and less time consuming than any other form of pelvic exercise.

5 minute daily sessions can (in some cases) show results within a matter of weeks, dependant on the level of weakness that exists. Many women notice an improvement in their muscle response as soon as they begin to use Cleo Discreet pelvic floor exerciser.

Cleo Discreet pelvic floor exerciser's induced contractions (pelvic squeezes) ensures your kegel exercises are done as they should be and guarantees the best possible results in the shortest possible time.

Cleo Discreet pelvic floor exerciser is an investment that will benefit you for life.

You’d be forgiven for thinking that one electrical current is much the same as any other…it may feel the same -but it’s not!

Cleo Discreet pelvic muscle exerciser boasts the most advanced technological progression in digital pelvic exercise in more than 50 years, with its unique and exclusive stimulation mechanism.

Our new ‘pocket energy’ transmission releases a trickle of energy gradually enough for your body to absorb it fully, as opposed to high impact transmissions which force your body to reject the majority of the signal. This means that Cleo Discreet pelvic muscle exerciser is capable of safely and accurately releasing up to 1000 times more energy into the muscle than any other form of pelvic toning in significantly less time. 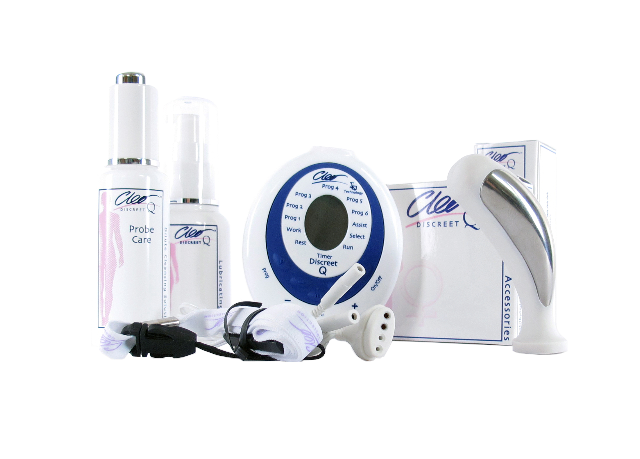 Cleo Discreet pelvic muscle exerciser performs more kegel contractions per treatment than any other pelvic toner; up to 1500 in a single session (more than 3 times the recommended daily minimum), whilst you sit back and relax.

Cleo Discreet pelvic muscle exerciser reaches a deeper and wider area of pelvic muscle than any other toning method. Our sophisticated multi-sequence frequency technology is able to retrain 90% of your deep muscle tissues. Other devices that use outdated single pulse frequency such as TNS, EMS or micro-current only stimulate around 10% of the area.

Cleo Discreet pelvic muscle exerciser is the only digital toner with a pro-active muscle management setting, putting you in back in control of your body. Our ‘assist mode’ function encourages you to manually squeeze your pelvic muscle alongside induced stimulation, helping you achieve independent pelvic floor health.

Cleo Discreet pelvic muscle exerciser has ‘one press’ control buttons for ease of operation with an inbuilt LCD providing visual confirmation of settings and prompts for interaction.

Designed with consideration for the female form; the Discreet internal stimulator probe is made from a soft neoprene rubber which causes no abrasion to your soft internal tissues. It has also been specially shaped to comfortably fit the natural contour of the vagina. (dimensions 7cm x 2.3cm approx)

Cleo Discreet pelvic muscle exerciser supports your body’s capability for responsiveness; providing ‘rest’ periods between stimulation to prevent fatigue of your sensitive muscles and allow full recovery in preparation for the next contraction.

We know that pelvic exercise can be time consuming, and many devices have prolonged programmes. Cleo Discreet pelvic muscle exerciser effectively stimulates the pelvic floor 75% quicker than any other pelvic toner without compromising efficacy.

Cleo Discreet pelvic muscle exerciser is a fully pre-programmed microprocessor with integrated timer and the only pelvic exerciser with 12 user selectable variable program options and settings.

Our technicians have developed a revolutionary new way to exercise a weak pelvic floor that outperforms any other method. It boasts the most advanced technological progression in digital pelvic exercise in more than 50 years, with its unique and exclusive stimulation mechanism.

Cumulative charge stimulation technology: staggered pulse transmission; a more efficient stimulation method with little wastage as the gradual trickle of pulses allows the muscle to effectively absorb up to 1000% more energy than traditional electrical stimulation which transmits signals in one large delivery.

Transmission and recovery via both poles: unlike standard forms of electrical stimulation that transmit via one contact point and exit via the other, our world exclusive system transmits via both contact points, finds the most resourceful route through the deep muscle layers and feeds back to the entry points, stimulating a much wider, deeper area of muscle than any other method. 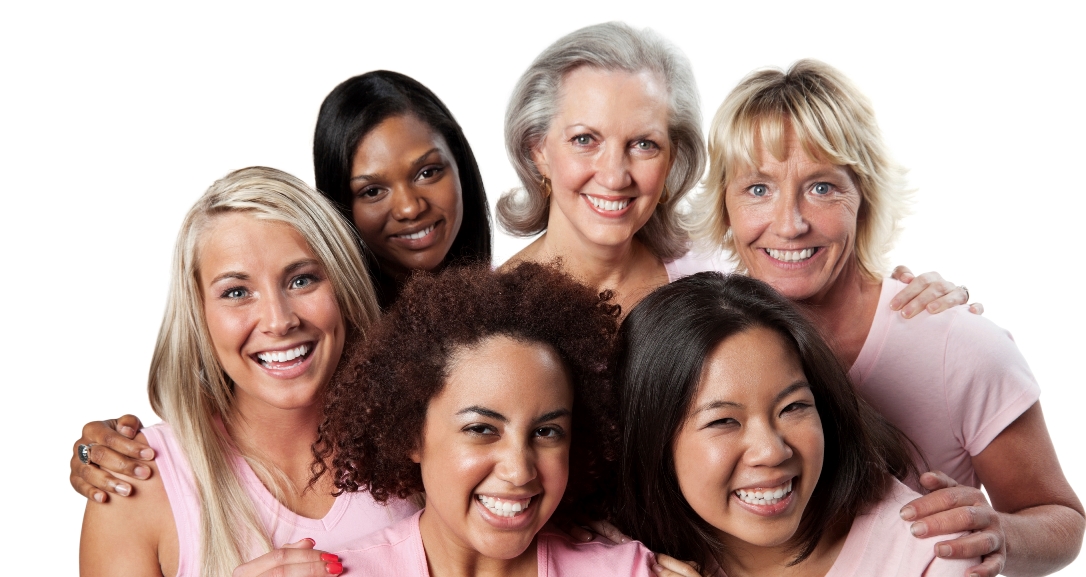 Cleo Discreet is a safe, effective way to restore and strengthen your pelvic muscle tone and can work for any woman wanting to preserve pelvic strength or prevent pelvic weakness, and there’s no better endorsement than feedback from those that have used it!

A selection of our customers talk about the their experience using Cleo's Advanced Digital Pelvic Toner, the benefits they've achieved, and how it has made a difference in their life.

You too can achieve amazing results - just like these satisfied ladies.

Cleo Discreet in the press

"Effectively exercising your pelvic floor rehabilitates and strengthens the muscle; tightens vaginal grip, heightens sexual sensation and stimulates vaginal lubrication; all of which boost confidence as you start to regain your femininity, and busy mums need something that’s fast acting and reliable: Cleo Discreet is the answer…"

"A FIRMER FEELING: Pelvic muscle weakness affects huge numbers of women. Help is at hand from Cleo Discreet - a new advanced technology device that can help you work out your pelvic floor, restore pelvic strength and enhance your love life…"

"Cleo Discreet digital pelvic toner uses the latest innovative technology to help you perform effortless kegel exercises. It does all the hard work for you! With sessions from just 5 minutes it easily fits into your busy life. A stronger, healthier pelvic floor can boost your confidence and your sex life."

"Stimulation of the pelvic floor not only improves responsiveness during intimacy but also increases blood flow to the region, encouraging healthy cell renewal and assisting the prevention of developing problems associated with pelvic floor weakness in the future" 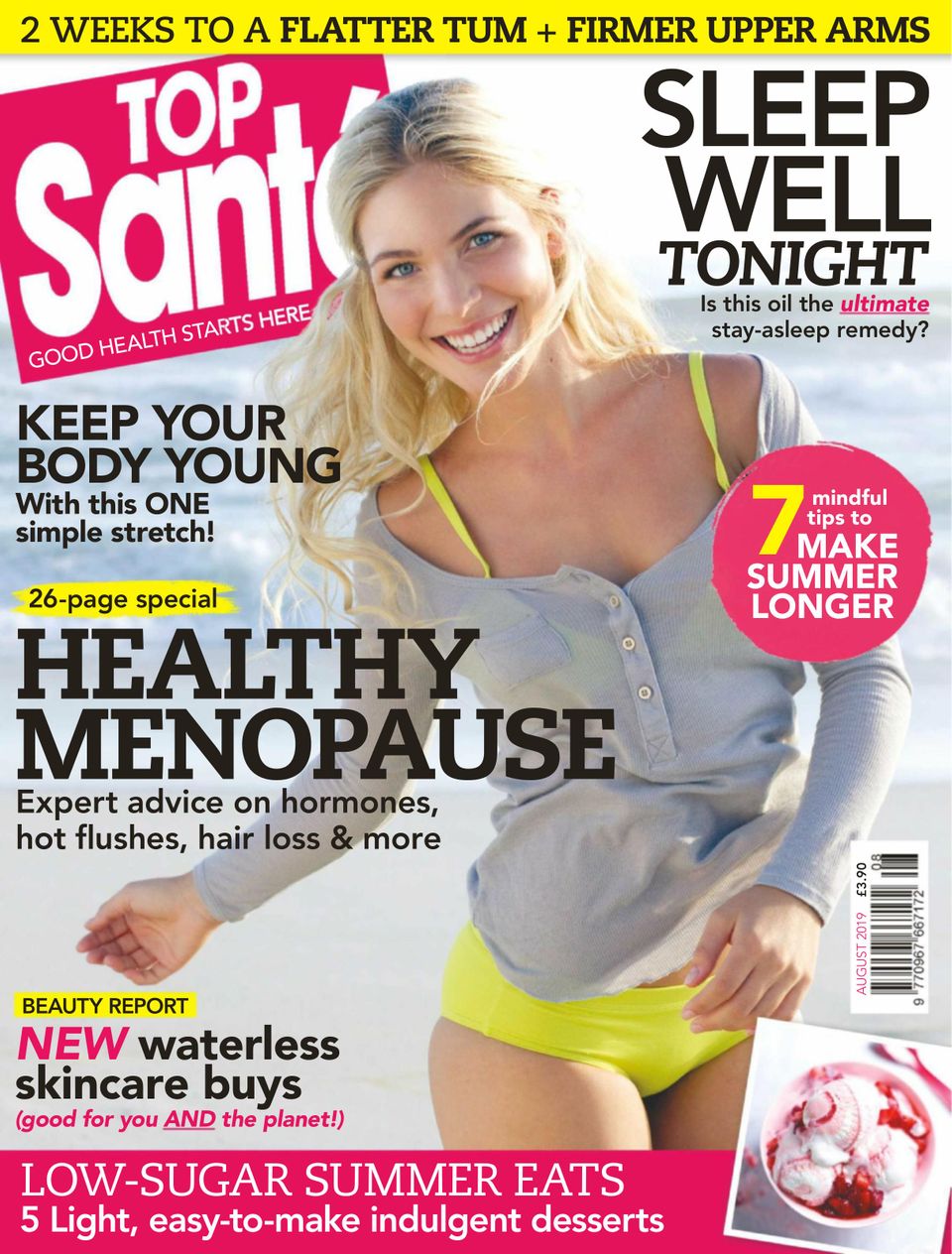 A Medically Certified Pelvic Exercise Device to Relieve the Stress of Incontinence.

If you suffer from a weak bladder, like 33% of women in the UK, then Cleo Q Discreet is a safe and effective solution!

Effortlessly performing the recommended 400 kegel contractions in a 6 minute session, Cleo Q Discreet does all the hard work for you!